The Heroic Minute Challenge: Day 13: One Small Act at a Time 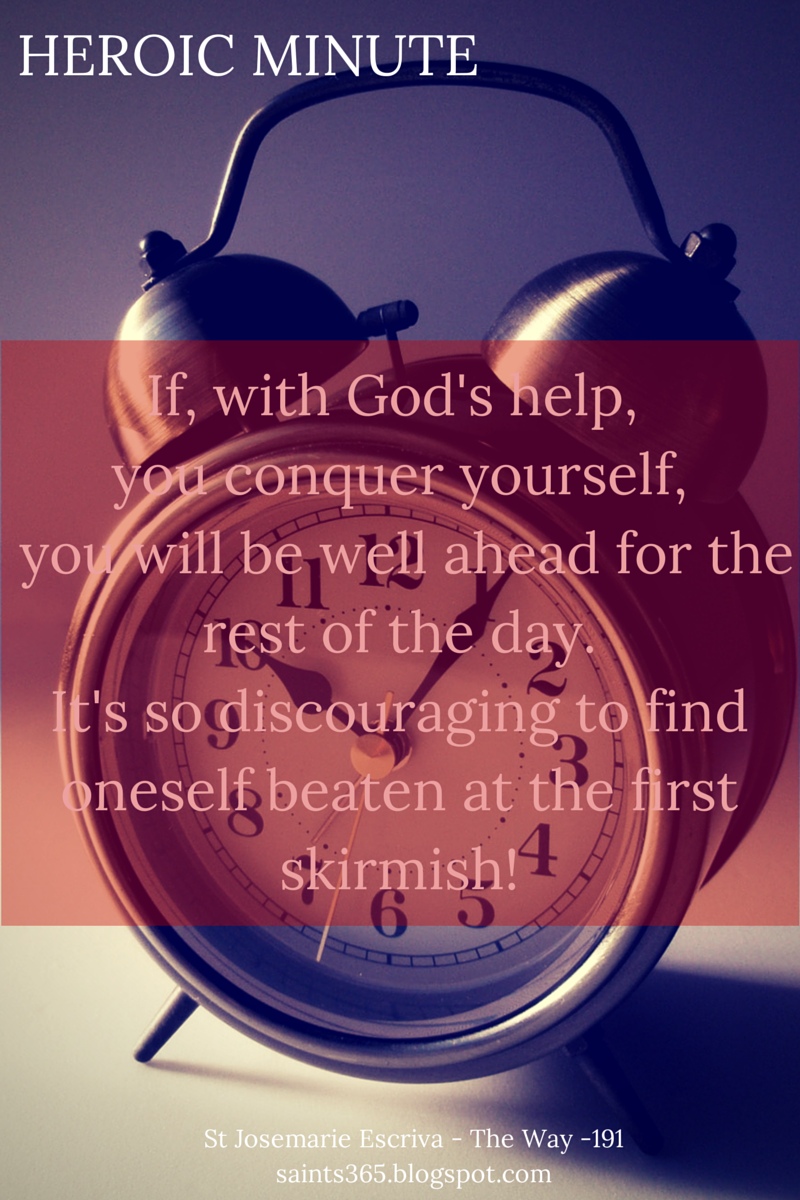 Prior to reading St. Josemarie Escriva's description of the first moment of the day as the Heroic Minute, I never considered this seemingly insignificant act of getting up in the morning as a key battle in the war between virtue and vice; good and evil; light and darkness that goes on in the soul of every Christian. Spiritual warfare is heavy-duty stuff, I reasoned.  It consists of  temptations that lead one to commit serious sin, which need to be battled fiercely with prayer, fasting and the sacraments.

Getting out of bed seems to me to be such a basic and minor part of my day that it can hardly be considered a "skirmish", as Escriva describes it. Or at least, that is how I used to think. In taking part in this challenge, I have begun to understand that virtue is built in doing the little things well, time and time again, day in and day out, beginning with this very small act of getting out of bed in the morning. I can attest to the fact that on the days when I have failed at the Heroic Minute, I do feel a sense of defeat and discouragement creep in even before the day gets underway. Conversely, living out the Heroic Minute has given me a sense of victory and right order which sets quite a different tone to the day.

St. Escriva sums up his focus on the significance of doing even the smallest acts in the following analogy:

The building I am aiming to build is a life of holiness, lived for the Glory of God and the building of his kingdom here on earth, one heroic minute at a time.